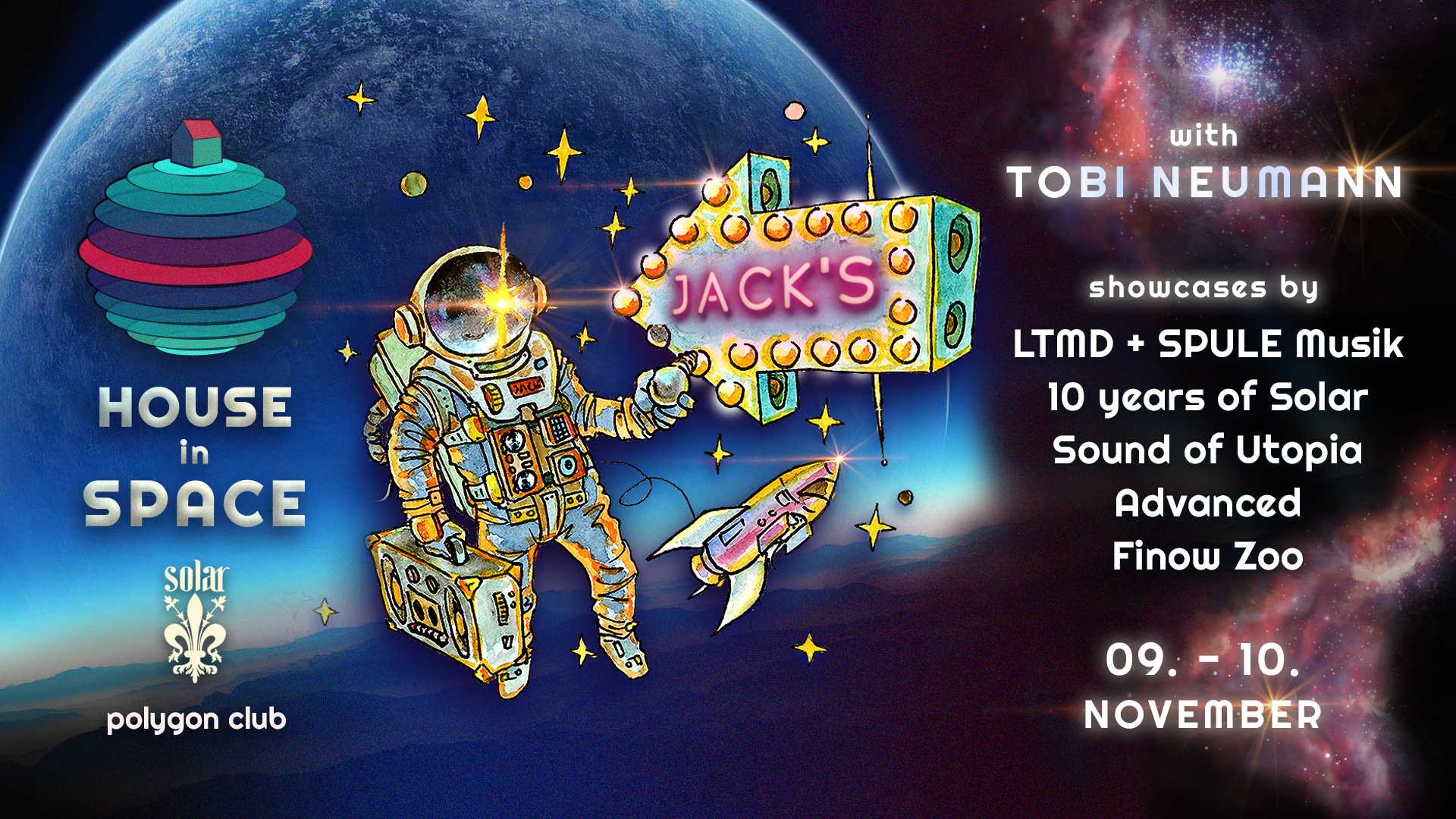 The countdown is on for the 2nd edition of Polygon Club’s new party ‘House in Space’. The event will run for 34 hours non-stop on November 9 / 10 over 3-Floors, featuring a solid lineup of 30 DJs and live acts. Amongst the headliners there are internationally recognized artists like Tobi Neumann (Cocoon), FreedomB (Toolroom Rec.), Oliver Klostermann (Kater Blau), Albird (Ballroom Rec.) and Ale Castro (Bar 25 Music).

The event will also host a colorful mosaic of 5 showcases: A mutual showcase by Berlin collectives ‘Less Talking More Dancing’ and ‘SPULE Musik’; Cologne based ‘Solar Elektro Sound‘ who are celebrating their 10 year anniversary; Record label and music agency ‘Advanced’; notorious French crew ‘FINOW ZOO’; as well as ‘Sound of Utopia’ – the newly established agency and main promoter behind House in Space.

The event’s flyer is featuring ‘Jack’ who’s inviting you to his House in Space. Jack? The guy who found house music of course! The story goes, ‘In the beginning there was a Jack. Jack flew far into space, searching for the most groovy house. And while viciously lookin’ into a distant galaxy, Jack finally found and declared, ‘Let there be House in Space! ‘In this house there shall be only the good vibes and best shades of house music. No one man owns this house — when you enter it becomes also your house. You may be black, white, Jew or gentile, it don’t make a difference in this house!’

It’s possible to register online for free daytime or reduced night entry until November 6, and also buy pre-sale tickets at a discount. Further details can be found on the Facebook event listing.